MYSTERIES OF THE ARCTIC

THE STORIES AND MYSTERIES OF THE ARCTIC

title: THE STORIES AND MYSTERIES OF THE ARCTIC

20.  PHANTOMS OF THE ARCTIC - MAELSTROM AND POLAR SHINE
Lofoten, Arctic 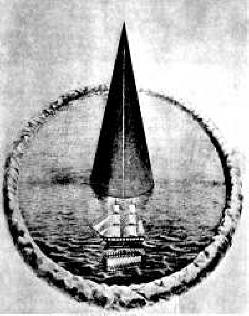 The age-old human desire to discover Terra Incognita and to get to the Top of the World resulted in a huge number of tragedies.
Today, virtually all of the at one time so mysterious, unknown and dangerous Arctic has been researched by scientists. There are no more terrible dramas.
Gone is the three-times cursed Arctic. To this day, however, many parts of the history of its conquest remain unravelled and shrouded in mystery...

Documentary TV-series of international interest for general audience. The history of exploration of the Arctic will be based on expeditions in the footsteps of unsolved stories and mysteries. It will take place mostly in the Canadian Arctic (50%), the Russian Arctic and Spitsbergen (50%).

This documentary series is conceived as 13 dramatic stories drawing from the history of the conquest of the Arctic. All the stories have one common denominator: most of the voyages contributed to the knowledge of the Far North but themselves they have remained shrouded in mystery, with many non-clarified circumstances, unanswered questions regarding the further fate of expeditions and often a tragic fate of their participants. The possibility of ever unravelling them is getting smaller with each passing day and year. Of course, a surprising discovery or find can never be ruled out. Later search expeditions, modern scientific methods and new technologies have already succeeded in casting some, often surprising, light on some of the cases.

An array of nationalities - British, Canadian, American, Russian, Norwegian, Dutch, Swedish, Italian, French, German, Australian, and also one Czech participated in polar expeditions and discovery voyages of the Arctic. This series will document them in a more comprehensive way using archive materials available today and the latest discoveries about them. Each episode will capture one half-forgotten story of the Arctic conquest and a film crew will trace it step by step.

Each story presented as a documentary report will be built around mostly tragic personal stories of the individual protagonists and their as yet unexplained fates. The story should have a strong emotional impact on the viewer and simultaneously show the viewer how people in the past, under difficult conditions and with sacrifices, struggled to get to know the unknown corners of our planet.

One concrete story that will become the theme of the particular episode will be chosen in the opening sequence. This historical exposure will contain also the basic information on the selected expedition, its goals, organiser and his purpose, individual actors, their intentions and motivation. The viewer will be briefly acquainted with the then reached level of geographic knowledge of the Arctic region, the scientific and technical possibilities, and with the overall situation of that period.

Then we shall set out on a journey to distant Arctic regions with the crew that will trace individual tragic stories and lost expeditions and try to reach the scenes of past dramas and lost traces. The crew might find something new, maybe a testimony that will throw some light on the mystery and enable to find out what had or could have happened then and what had been the fate of its protagonists.

The members of the crew are acquainted with all known facts of those expeditions including various hypotheses, and historical materials. They will comment on them, quote from diaries and notes of expeditions, compare the then and today’s chances. Also they will contemplate mistakes made by our ancestors - human failures, overestimation of real possibilities, whether the expedition had under given condition a chance to succeed. The viewer shall become a member of the crew and excitedly watch and be part in uncovering and reconstructing these ancient happenings.

The footage of the crew’s life and search will be interspersed with historical materials. A great role will be played by available archive materials (old engravings, lithographs, embroideries, period drawings and maps, photographs, diaries and notes of expeditions, correspondence and found objects, authentic film footage and other documents) and exacts facts. This will of course require a thorough research and co-operation of an expert. This part can be completed with the stylised pseudo archives - an authentic black-and-white footage. Animation can also be used - a map with the known route of the expedition, the expected and probable route, the hypothetical places where tragedies happened, all based on our today’s knowledge. Animation will be plentiful especially where archive material is rather scarce.

Within this context, newer archives could be used with footage of efforts of more recent heroes who, from the same place and in the same way, tried to repeat the achievements of their predecessors for which the former often paid with their lives. Recent conquerors of the Arctic did not pay such a high toll, but despite of their state-of-the-art equipment, funding and knowledge, they often did not succeed in surpassing their predecessors.

The narrative will have the form of an original essay, having a strong emotional charge, but also objectively reflecting all the facts known and available today, and will be combined with the comments of the crew. It will mainly quote authentic notes and diaries of the expeditions. There will be excerpts from letters written by participants of these mostly ill-fated ventures, some of whom had not returned to their loved ones.

On a general level, the narrative will briefly characterise the era - its geopolitical, ideological and commercial aspects and contexts, as well as its diversity. The series will cover both governmental expeditions and expeditions funded by American millionaires, various private undertakings and individual ventures of polar fanatics.

On a concrete level, the narrative will inform the viewer about all the facts we know today, the latest hypotheses and give him probable explanations, proofs and arguments. It will include characteristics of the heroes of each episode - their childhood and family background, interests and education, personal relationships and character. Stress will be put on their psychology under described circumstances and their sometimes varying motivation: fame and fortune, thirst for knowledge or adventure, sport performance or rivalry, or just a simple sense of duty (in case of soldiers) without any deeper motivation.

A contemporary film expedition will thus try to evoke the time of the historical expedition, to reconstruct its fate and find out how it ended and why. It will demonstrate how people behave in extreme, hardly imaginable situations - subzero temperature, food shortage, desperate hunger - cannibalism, illnesses, the polar night, prolonged stay in confined space - repeated wintering, the cabin fever, hopelessness, change in the hierarchy of values. The viewer will discover a wide range of human behaviour from cases of extraordinary heroism and noble sacrifice to extreme demonstrations of the lowest of human instincts.

Our film crew will also offer today’s view on hardly accessible Arctic regions where average person mostly cannot get but will be more informed through its efforts. It will show us how these places had changed since ancient expeditions, how they look today, how the life and people living or coming into these rough areas have changed.

Documentary series “STORIES AND MYSTERIES OF THE ARCTIC”, mapping the history of discoveries in the Arctic region, will be attractive and interesting for a wide range of viewers from various countries. Through the film expedition, confronting history with the present times, they will get acquainted with the ancient human desire for knowledge and adventure including the risk involved, which the individuals both then and today mostly voluntarily accept.

The proposed chronology of the 13 episodes mentioned below, 13 stories that mostly contributed greatly to the knowledge of the Arctic, is by no means a precondition. In view of the results of archive research, possibilities of implementation, genre variety and programming requirements, we propose another six alternative Arctic stories that are no less interesting.

As a bonus - to close the series - we propose an episode dedicated to the unique and little-known phenomena of the Arctic - the mysterious Maelstrom and the aurora borealis. Although they are not directly connected with the conquest of the Arctic, these appealing and enigmatic phenomena and the Arctic are inseparable.